The Queensland Transport Operations (Road Use Management) Act 1995 creates the offence of drink driving (also referred to as a DUI or driving UIL). 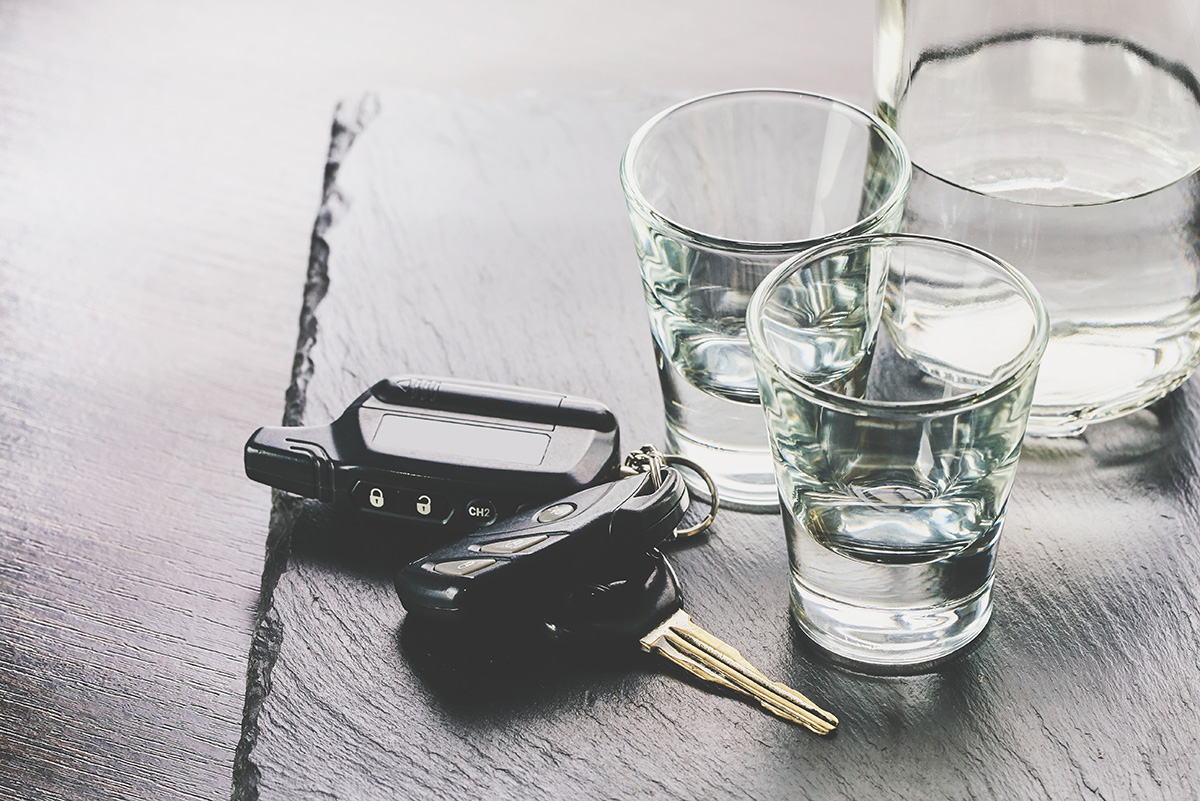 DUI is one of the most serious traffic offences the average person will find themselves with being charged. Unlike some other Australian states, a Queensland court must disqualify a person’s drivers licence no matter what the personal circumstances are or the affect a disqualification will have on a person and their family.

The consequences can be very serious. For example, and depending on your circumstances, your visa may be cancelled by the Australian Government on the basis that you have failed the ‘good character’ grounds contained in the Australian Migration Act 1958. A conviction recorded on your name can play a major part when visa applications are considered. Be aware also that most employers in Australia conduct background checks on prospective employees as part of the hiring process. This can include a police check which will reveal if you have a criminal conviction recorded against your name, and the charge for which it was recorded. This may impact the employer’s decision in whether or not to give you a job.

Will I have to go to Court?

If you’re caught drink driving, you will have to go to court. First time convictions must have a fine and licence disqualification imposed. The length of disqualification and the amount of fine depends largely on the blood alcohol limit found in you, and also the circumstances in which you have been charged. If you have previous convictions the fine, and disqualification time, will increase. Public expectation is that the courts will impose severe penalties on persons convicted of drink driving. If you are charged with a DUI or drink driving offence do not treat it lightly as the Magistrate will not be. CONTACT AGC LAWYERS AS SOON AS YOU CAN. When you go to court a magistrate will decide the length of your licence disqualification and how much you will be fined or even the term of imprisonment that might be imposed. The severity of the penalty will depend on the extent and circumstances of your:

The following table shows the maximum penalties that may apply for a first-time drink driving offence: 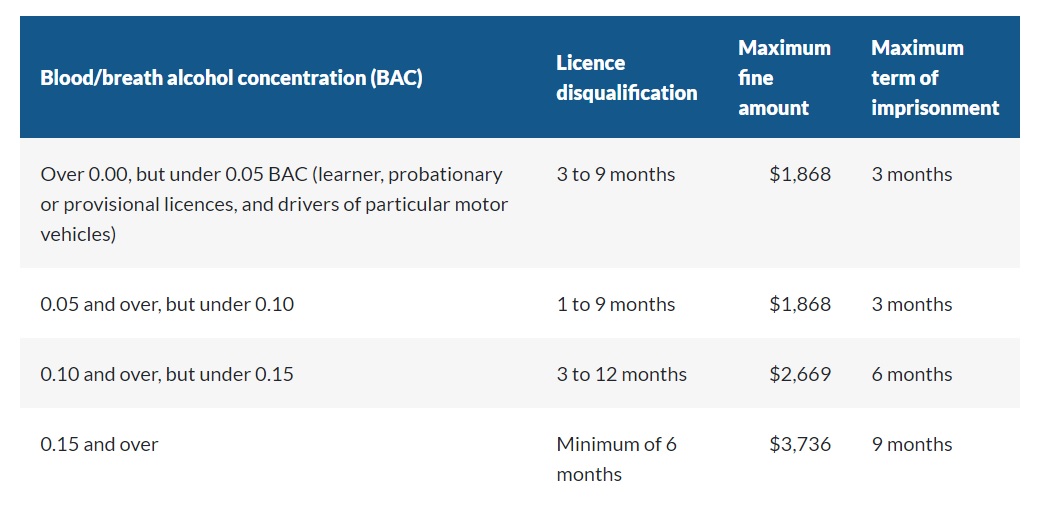 Driving a vehicle while over the ‘high range’ driving under the influence (‘DUI’ for short), is the charge which the Police will lay against a person who is found driving a vehicle with a blood alcohol concentration (BAC) of over 0.15%.

This will apply where your BAC is less than 0.10. Your licence will be suspended for at least 24 hours from the time your BAC is confirmed as having exceeded the limit that applies to you

Your licence will be immediately suspended if you: The immediate suspension will end when the drink driving charge has been dealt with by the court, is withdrawn or discontinued.

If you are charged with a repeat drink driving offence, you may:

You may be able to apply for a limited licence if you: But this must be done at the time you appear in the Court to plead guilty. It cannot be done afterwards. A limited licence only allows you to drive for work purposes and you cannot get a work licence or hardship licence to be able to drive for personal reasons i.e. driving your children to school. In Queensland a period of disqualification must be imposed and so if personal driving is critical all you can do is try and minimise the disqualification period as much as possible.

Getting your licence after your disqualification

When your disqualification ends you can apply to have your driver licence reissued. You will be issued with a probationary licence, which you must hold for at least 1 year.

Recording of a Conviction

If you plead guilty to a drink driving offence, or if you are found guilty at the end of a trial, you will be sentenced by the magistrate. One of the considerations for the magistrate is whether to record a conviction on your traffic history or not. Ordinarily a conviction WILL be recorded, unless the magistrate is convinced that it should not be. This is where having experienced lawyers acting on your behalf can assist you with carefully worded submissions made to the magistrate considering your case. Apart from Visa issues, convictions can also create significant difficulties for people who are applying for a new job or who want to travel overseas. For this reason, it is obviously better to have no conviction recorded.

What Type of Offence is Drink Driving/DUI?

The offence of drink driving is set out in Section 79 of the Transport Operations (Road Use Management) Act 1995 which creates the offence of drink driving It says that any person who, while under the influence of liquor or a drug- (a) drives a motor vehicle… (b) … (c) … is guilty of an offence… It is not specifically defined as being any particular type of offence but section 3 of the Queensland Criminal Code classifies DUI as a simple offence which is a type of criminal offence These are just a few issues which arise when someone has been charged with DUI. Importantly, if you have been charged with DUI contact AGC Lawyers.   AGC Lawyers have extensive experience in the area of DUI law and are dedicated to protecting your interests in an efficient and effective manner. Contact us at: Gold Coast Southport Central Office Tel: +61 (07) 5636 9210 Email: info@agclawyers.com.au Shop 2109 Tower 2d 5 Lawson St, Southport QLD 4215 Southport QLD

Being charged with drink driving https://www.qld.gov.au/transport/safety/road-safety/drink-driving/charged 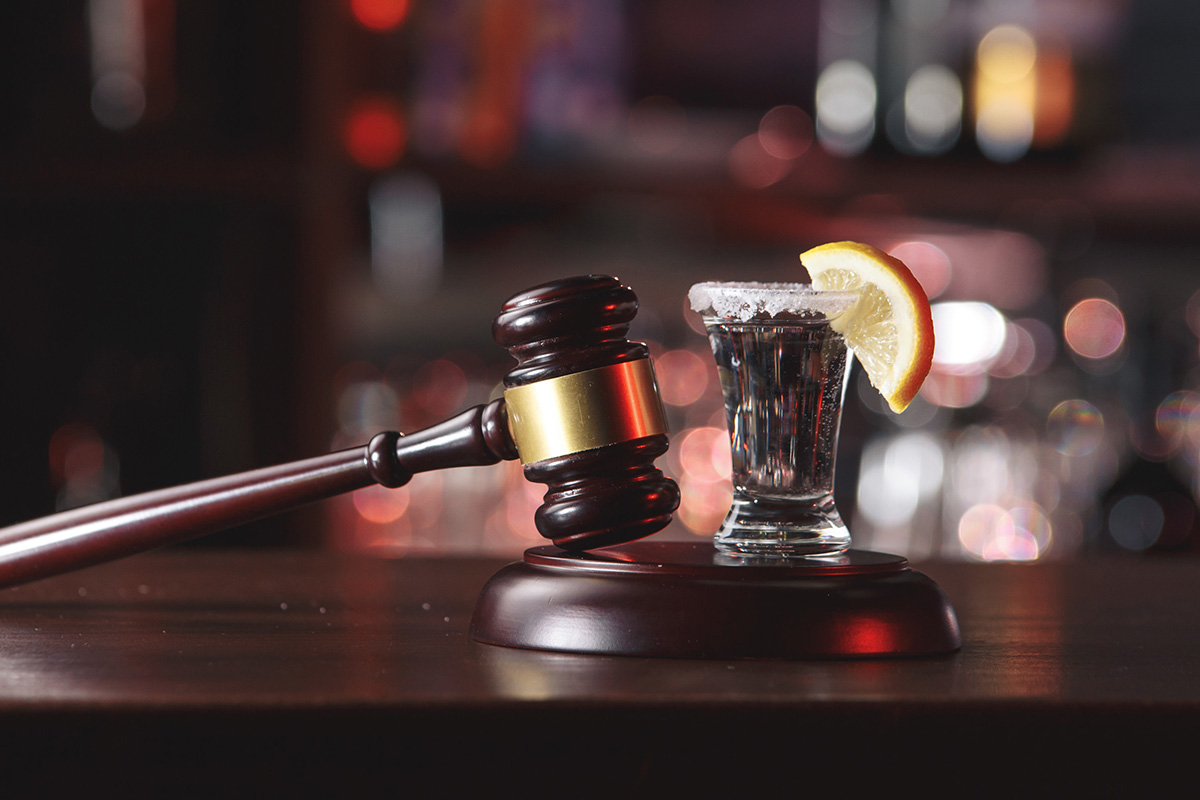